On October 12, 1923, the Cosmos Club sponsored a tea and book shower.  This was the auspicious beginning of the Oakley Public Library.  At that time 400 books were received and businessmen donated shelving and a reading table.  Space was offered in the appliance shop operated by C.A. Smith, who also offered to care for the books, and the library was opened on November 1, 1923. The members of the club canvassed the town, house after house, year after year, selling membership cards: adults, $1.50 and children, .75, to raise funds for the support of the library.

In 1925, the books were moved to the basement of the Moore Store 219 Center Avenue, where the Business and Professional Women’s Club had established a restroom for the public.  When it became apparent that the library had grown sufficiently, the club relinquished the responsibility and donated the books and equipment to the city.

The library was moved to the city offices in 1951 and again in April 1975 to the current building that houses both the library and Fick Fossil and History Museum.  A remodel and addition was planned due in large part to the generous support of Janet Hinther’s estate.  The plan was executed during the fall of 2013 and completed in April of 2014.

On March 18th, 2015 the entire collection of microfilmed Oakley Graphics were made available digitally. Please click here to be directed to this site. 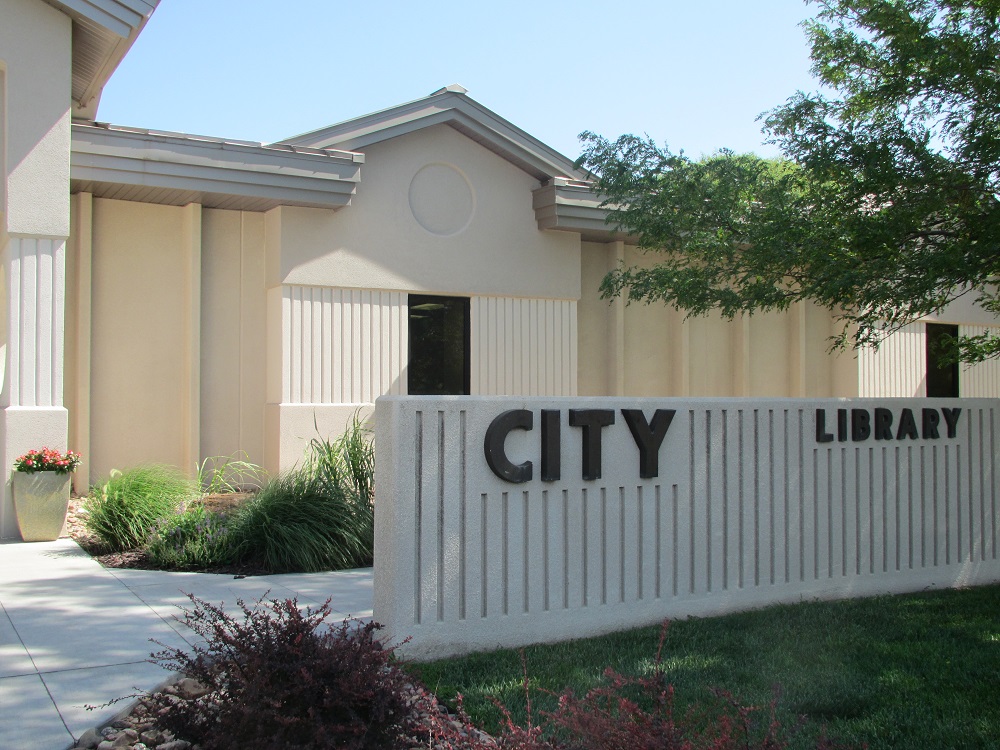